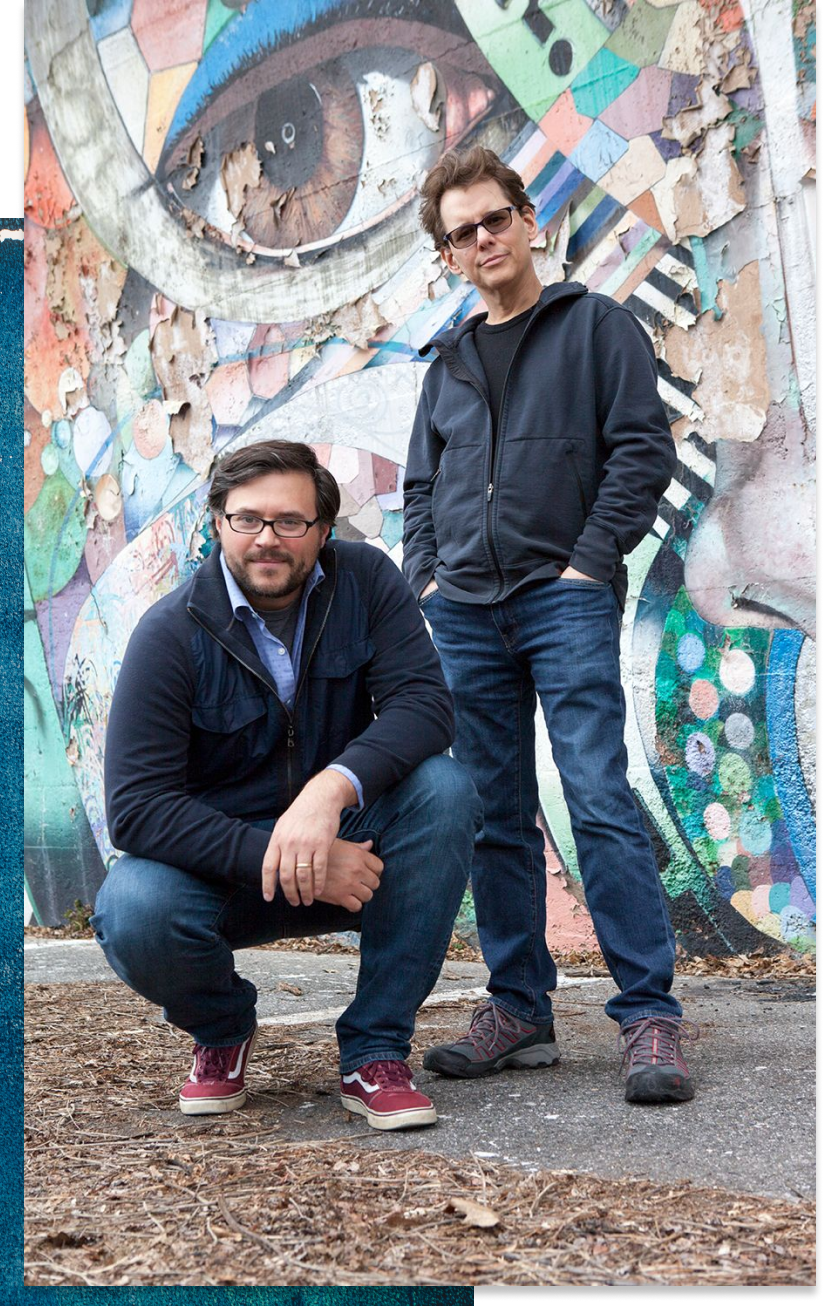 From mavericks and rogues, to celebrities and the infamous, our award-winning team dives into fascinating lives that write their own scripts.

We hold each independent producer, creator and talent that comes to us in the utmost esteem. That's why we work with incredible people, time and time again.

It’s not about scale, it’s about service. We roll up our sleeves in the field, in post and in development; control the costs; and put the budget on the screen. Our philosophy is do the work, serve the client, deliver engaging, rad content. 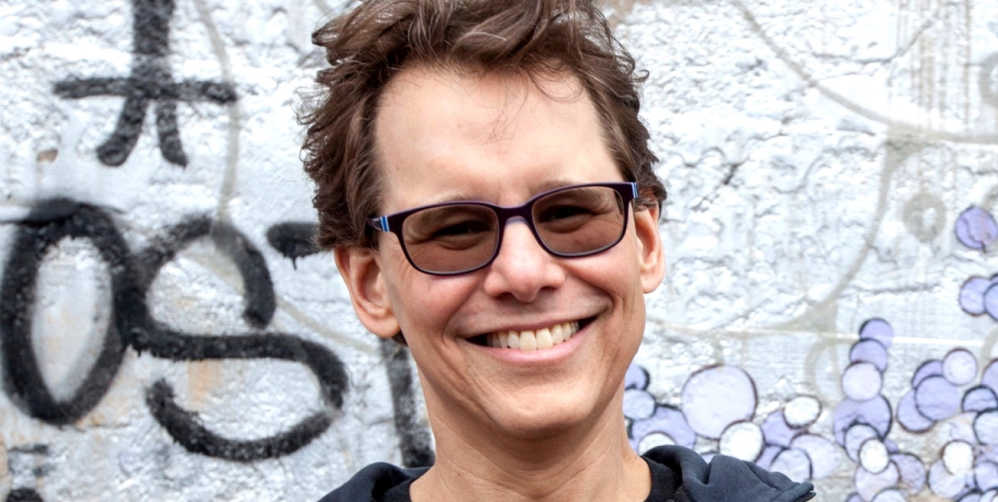 Finkelpearl is a leading talent in non-fiction television production and development with background as a music writer, book co-author, and concert promoter.

Finkelpearl is a leading talent in non-fiction television production and development and has a background as a music writer, book co-author, and concert promoter. Over his three decades in non-fiction television production and development, Finkelpearl has overseen or contributed to around 1,000 thousand hours of content for networks ranging from Discovery and National Geographic to TLC, Reelz, Fox, and more. As a former network production executive and now indie production company head, he excels at grasping both creative and network business interests.

Before co-founding Flying Scoop, he was production executive at Discovery, Inc., where he managed highly-rated, popular series such as “American Chopper,” “American Casino,” “Rides,” “Overhaulin’” and “American Hot Rod,” among others. He came to Discovery from National Geographic Television where he was supervising producer on their award-winning, signature series, “Explorer.”

Most recently, Finkelpearl co-created the upcoming "Feudland: Hatfields and McCoys" for Fox Nation, Geraldo Rivera’s “Murder in the Family” for Reelz, "Hand Built Hot Rods" and "Unique Rides" for Motor Trend, and “Snipers, Inc.” and “Car Czar,” both for Nat Geo. He is the co-creator of “Fastest Cars in the Dirty South,” for Motor Trend. Not to forget his sweet side, there was also “DC Cupcakes” for TLC.

Beyond TV, Finkelpearl co-authored TV star Will Castro's memoir, Unique Hustle: My Drive to be the Best Car Customizer in Hip Hop and Sports, the #1 new release in its category at the time.  Music is also a passion.  Mark has worked with folks like Chuck Leavell,  keyboard player with the Rolling Stones. He’d directed and produced with artists like Billy Gibbons (ZZ Top), Jon Dee Graham, the Weepies, Alejandro Escovedo, Peter Case, Buddy Miller, JD Souther, Chuck Prophet and others. He’s worked on the side as a music manager, concert promoter, and music writer.

With showbiz in his blood, Finkelpearl is proud of his cousins, including comedians Seth and Josh Meyers of “Late Night,” “SNL,” and “MadTV;” Emmy-winning editor Debra Light; and Oscar-winning lyricist Leo Robin.

He is a member of the Producers Guild of America (PGA) and the Academy of Television Arts and Sciences (ATAS) and active in organizations like Operation Understanding DC (OUDC). He resides in Washington, D.C. 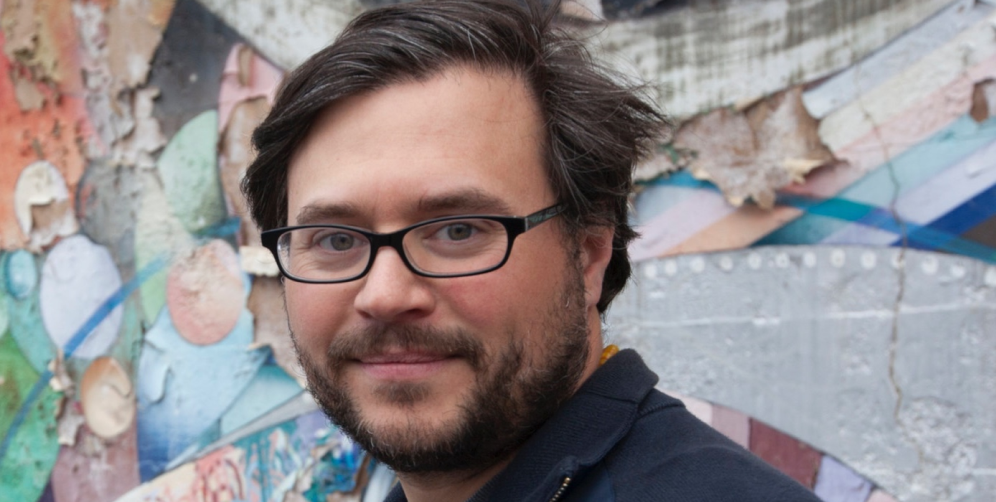 Starck is a non-fiction producer and director obsessed with breakthrough filmmaking approaches and authentic, human stories.

With a keen sense of story structure, an eye for pop-out talent, and an innovative camera and lighting style, Starck has been recognized for elevating production after production across genres for more than two decades. His work has appeared on major television networks including TLC, Discovery, National Geographic, Animal Planet and Bravo.

A partner and executive producer for Flying Scoop, he co-created the nitrous-packed reality show “Fastest Cars in the Dirty South” for Motor Trend, produced and directed the social justice-facing drama, "Spook" on Tubi, and co-created and directed the upcoming "Feudland: Hatfields and McCoys" for Fox Nation.

Attracted to complex subjects and edgy techniques, Starck was the showrunner for season two of “Geraldo Rivera’s Murder in the Family” for Reelz, which dives deep into some of the darkest hours in a celebrity’s life. He also provided storytelling and direction for series such as “Billy The Kid: New Evidence” and “Golden State Killer: It’s Not Over” for ID.

In other genres, he directed on “My 600-lb Life” on TLC,  “Cheap Eats” on Cooking Channel, and the reboot of “Ripley’s Believe It or Not” for Travel.

He started his career working with GRB Entertainment development team preparing for A&E’s series, “Intervention” where he contributed a long lens and handheld camera filming technique and steel blue interview lighting style that “symbolized an addict's claustrophobic and unstable state of emotions.” It went on to become the signature look of the series. A few years later, he returned to the series as a  producer and writer for the critically acclaimed series and Emmy-winning team.

While raised on the art and science of home videos since age 4 by a creative writer mother and marketing father, he first studied filmmaking at Towson University, where he became an award-winning film student, before following his passion to Los Angeles.

Today, Starck is a member of the Producers Guild of America (PGA). While on the road filming most days from the bustling streets of New York to remote regions of India, he calls the DMV home. 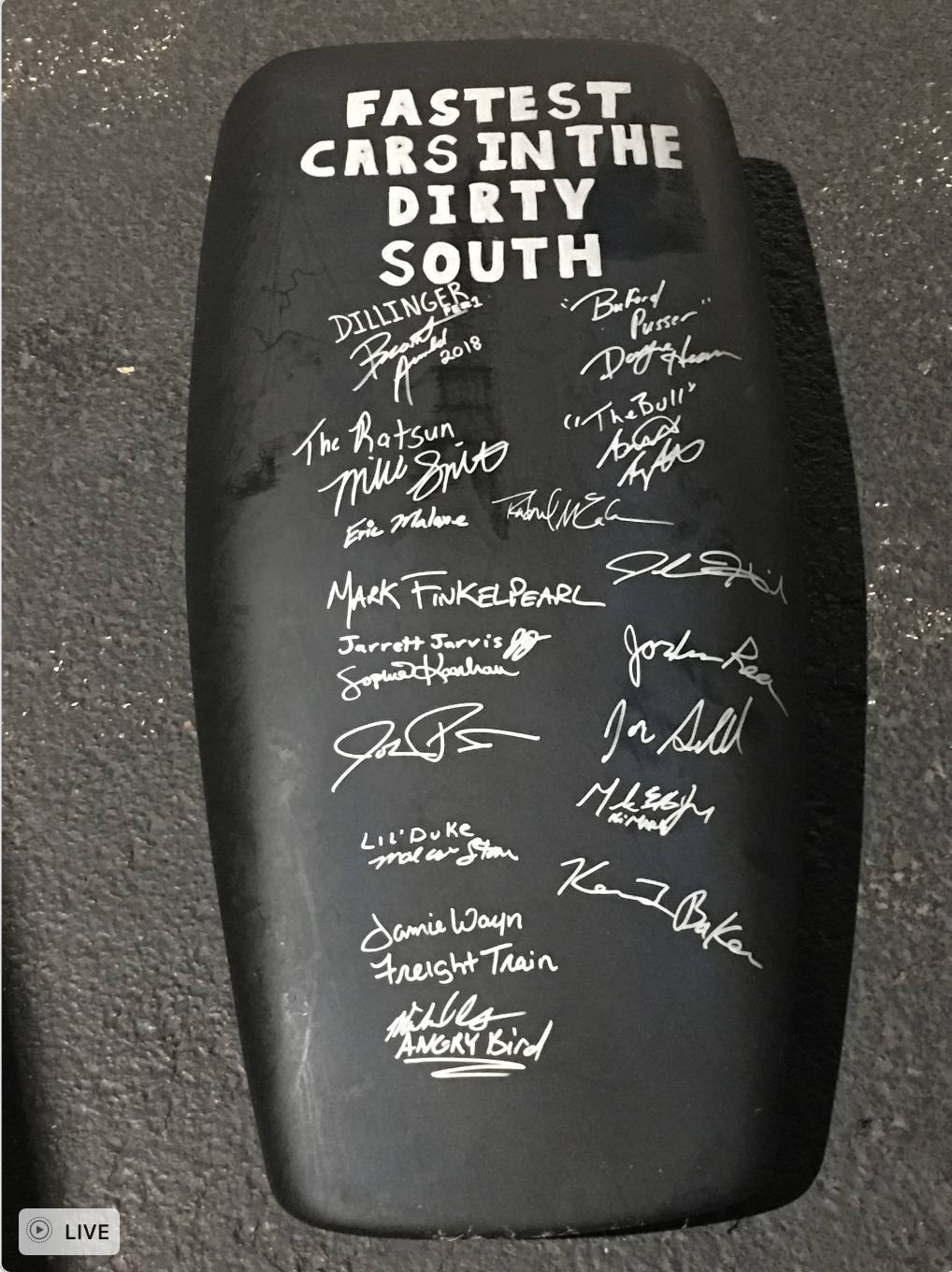 In 2018, we were in the dark backwoods of Tennessee filming a race car hurtling down a dragstrip at 140 mph. Suddenly, the entire front hood of the car tore itself from its hinges, flew through the air and slammed into an overhead sign gantry, exploding into dozens of pieces.

Like many race car hoods, it contained an air intake, called a scoop, that was lost in the impact. The next morning, our cast combed through the debris and found the Flying Scoop! Later, it was presented to us as a gift that the cast/crew all signed.

That scene not only became a pivotal moment in the first show we created, it symbolizes everything we love about the stories we make:

the best moments in a story are the ones you never see coming...

Are you ready
to soar with us?
Lets chat.